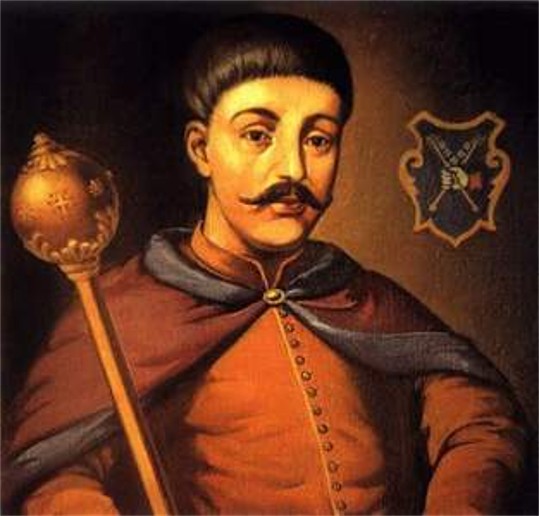 Briukhovetsky, Ivan [Brjuxovec'kyj], b ?, d 18 June 1668. (Portrait: Ivan Briukhovetsky.) Hetman of Left-Bank Ukraine. Briukhovetsky was a registered Cossack of the Chyhyryn company (1650) and Bohdan Khmelnytsky's courier and diplomatic emissary. After Khmelnytsky's death Briukhovetsky went to the Zaporozhian Sich (1659) and became its otaman (1661–3). In 1663 at the Chorna rada near Nizhyn he was elected hetman with the support of the Zaporozhian Cossacks and the Cossack masses (chern) (Baturyn Articles). After doing away with his opponents, Colonel Yakym Somko and Colonel Vasyl Zolotarenko, he went to Moscow and signed the Moscow Articles of 1665, thereby placing Ukraine under the direct authority of the tsar and his voivodes and thus relinquishing Ukraine's autonomy. For this he received the title of boyar, land, and the hand of Prince Dolgoruky's daughter. By this time Briukhovetsky had forfeited the support of the population, which had had high expectations of him. In response to popular opposition to the Treaty of Andrusovo Briukhovetsky broke off relations with Moscow in 1668 and organized a rebellion against the tsar. But an angry Cossack mob killed him in the village of Budyshchi near Opishnia.


List of related links from Encyclopedia of Ukraine pointing to Briukhovetsky, Ivan entry: