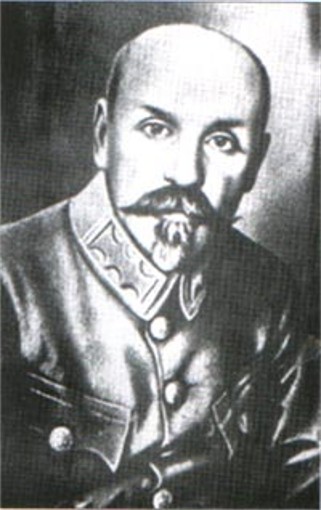 Hrekov, Oleksander, b 4 December 1875 in Sopych, Hlukhiv county, Chernihiv gubernia, d 2 December 1958 in Vienna. (Photo: Oleksander Hrekov.) Ukrainian army general. In the Russian army from 1899, Hrekov graduated from the General Staff Academy in Saint Petersburg in 1905. During the First World War he commanded various units of the Russian army, and in 1915 was promoted to general. In the Army of the Ukrainian National Republic from 1917 to 1919, he held a number of important posts, including division commander, deputy then minister of military affairs of the Ukrainian National Republic, and commander of the southern front. From 9 June to 5 July 1919 he was commander in chief of the Ukrainian Galician Army and conducted the successful Chortkiv offensive for which he was promoted to major general. From 1920 he lived in Vienna, where on 30 August 1948 he was arrested by the MVD and incarcerated in Siberia. He was released and returned to Vienna on 23 December 1956.


List of related links from Encyclopedia of Ukraine pointing to Hrekov, Oleksander entry: