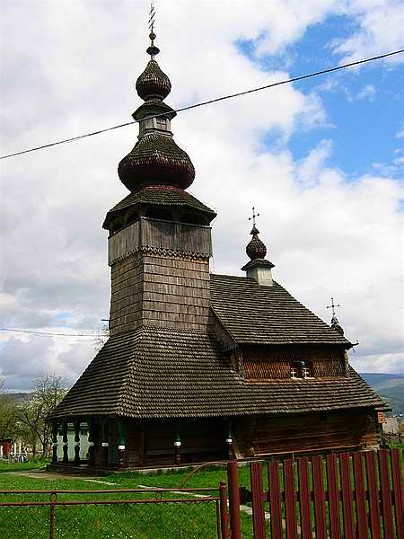 Svaliava [Svaljava]. Map: V-3. A city (2001 pop 17,145) on the Liatorytsia River and a raion center in Transcarpathia oblast. The village was first mentioned in a historical document of 1263. In the 13th century it belonged to the Principality of Galicia-Volhynia. Then for many centuries it was under Hungarian rule. In the 16th to 18th centuries it was part of the Mukachevo-Chynadiieve dominion. By the end of the 18th century Svaliava was an important economic center with a distillery, a fair, a lumber mill, and a potash and brick factories. On 8 December 1918 the Ruthenian People's Council met in Svaliava and voted to join Transcarpathia with Ukraine. The town was annexed by Czechoslovakia in 1919, recaptured by Hungary in 1939, and incorporated into the Ukrainian Soviet Socialist Republic in 1945. It attained city status in 1957. Today Svaliava is an industrial center with a lumber-manufacturing complex (Svaliava Forest Products Complex), a wood-chemistry complex, and a handicrafts factory. There are health resorts just outside the city. The most interesting architectural monuments are the wooden Church of Saint Michael (1588) and Church of Saint Nicholas (1759).

List of related links from Encyclopedia of Ukraine pointing to Svaliava entry: