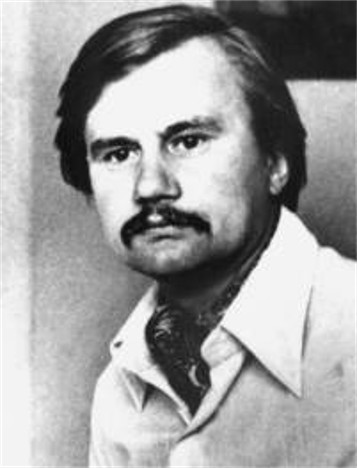 Kalynets, Ihor [Калинець, Ігор; Kalynec', Ihor], b 9 July 1939 in Khodoriv, Lviv oblast. Poet. A graduate of Lviv University (1961), Kalynets was employed at the Lviv Oblast State Archive. In 1972 he and his wife, Iryna Kalynets, were victims of a wave of political arrests (see Dissident movement). Both were imprisoned; he – for ‘anti-Soviet activity’ (ie, because his poetry had been published in the West) to six years in labor camp and three years of exile. In May–June 1974 Kalynets took part in a hunger strike of political prisoners in a Perm region labor camp; later he signed several appeals from political prisoners to the authorities. Since his release from exile in Chita oblast in 1981, Kalynets has lived in Lviv, his poetic muse silenced. In 1987 he became one of the editors of the almanac Yevshan-zillia, one of the first uncensored Ukrainian published periodicals established during the perestroika period. In independent Ukraine, he and his wife Iryna Kalynets have been active political and community leaders, particularly well known for their support of the Ukrainian Catholic church and the Ukrainian Republican party.

Inspired by the imagistic verse of Bohdan Ihor Antonych, Kalynets developed his poetry into the finest exponent of modern Ukrainian ‘engagé’ lyricism. He employs images that are often primeval and a vocabulary that is rich in cultural allusions while using a prosodic cadence that is contemporary. Only a few of his poems were officially published in Ukraine in journals in the early 1960s. His collection Vohon' Kupala (The Fire of Kupalo) was published in Kyiv in 1966 but was immediately suppressed and all copies were confiscated. From that time until the late 1980s his poetry was blacklisted in the USSR and distributed only via samvydav publications. He was officially published only in the West: the collections Poeziï z Ukraïny (Poems from Ukraine, 1970), Pidsumovuiuchy movchannia (Summing up Silence, 1971), Koronuvannia opudala (The Crowning of a Scarecrow, 1972), and Vohon' Kupala (1975; reprint of the confiscated 1966 edition). Some poems have been translated into German and French as the collections Bilanz des Schweigens (1975) and Les balladins du sel (1980). His collected poems were finally published in 1991 in two separate volumes: Probudzhena muza (The Awakened Muse) in Warsaw and Nevol'nycha muza (The Enslaved Muse) in Baltimore and Toronto. Since 1991 editions of Kalynets’s poetry have also regularly appeared in Ukraine, beginning with the Kyiv edition of Trynadtsiat' alohii (Thirteen Alogies). In 1994 the journal Suchasnist’ published his short novel Molimos' zoriam dal'nim (Let’s Pray to Distant Stars) which he had written in 1972 during his incarceration in a Lviv prison. Since the 1990s Kalynets published several children’s books, such as Durni kazky (Silly Fairy Tales, 1998).

List of related links from Encyclopedia of Ukraine pointing to Kalynets, Ihor entry: