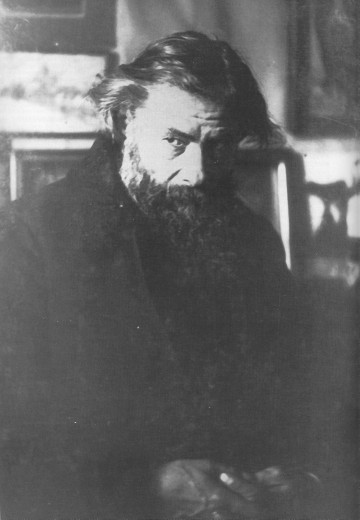 Novakivsky, Oleksa [Новаківський, Олекса; Novakivs’kyj], b 14 March 1872 in Slobodo-Obodivka (now Nova Obodivka), Olhopil county, Podilia gubernia, d 29 August 1935 in Lviv. Painter and educator. He studied painting under F. Klymenko in Odesa (1888–92) and at the Cracow Academy of Fine Arts (1892–3, 1895–1900) under J. Unierzyski and Jan Stanisławski. After graduating with a gold medal he lived in Mogiła (now Nowa Huta), near Cracow, where he devoted himself to landscape painting. The first solo exhibition of his works was held in Cracow in 1911. Having attracted Metropolitan Andrei Sheptytsky as his patron, Novakivsky moved to Lviv in 1913 where exhibitions of his works took place in 1920 and 1921. Novakivsky also exhibited at shows of the Society for the Advancement of Ruthenian Art, the Society of Friends of Ukrainian Scholarship, Literature, and Art, the Association of Independent Ukrainian Artists, and the Novakivsky Art School which he established in 1923.

During his Cracow period Novakivsky painted portraits, landscapes, still lifes, and genre scenes in a naturalistic and impressionist style (eg, Liberation [1903], Caroling [1907], Spring in Mogiła [1911], and Awakening [1912]) that resembled that of Polish contemporaries, such as Jan Stanisławski, Jacek Malczewski, and Stanisław Wyspiański. During his early Lviv period his style evolved under the impact of the First World War to become more symbolist and expressionist, as in works such as The War Madonna (1916), St. George's Cathedral (1916), and The Angel of Death (1919). He did many portraits, including ones of Metropolitan Sheptytsky (Metropolitan Sheptytsky,, 1924), Prince Yaroslav the Wise, Prince Yaroslav Osmomysl, Oleksa Dovbush, and Oleksander Barvinsky. In the 1920s his colors grew more vivid, and his lines more dynamic. Landscapes such as St. George's Cathedral (1921–2), Fairy Tale about the Hutsul Region (1927), and Mount Grehit (1934), the canvas Moloch of War (1919), his self-portraits (such as Self-portrait, 1918), and portraits such as Dovbush (1931) and O. Barvinsky (1932) are fully expressionist in style. Novakivsky's oeuvre consists of over 500 oils, many of them unfinished. A memorial museum dedicated to him and his works was opened in Lviv in 1972.

List of related links from Encyclopedia of Ukraine pointing to Novakivsky, Oleksa entry: