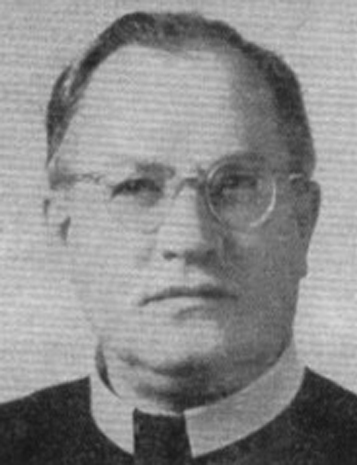 Skruten, Yosafat [Скрутень, Йосафат; Skruten', Josafat; secular name: Ivan], b 24 February 1894 in Parkhach, Sokal county, Galicia, d 12 October 1951 in Rome. Basilian priest, church historian, and journalist; full member of the Shevchenko Scientific Society from 1930. He studied at the Gregorian University in Rome and at Lviv University and was ordained in 1918. He edited the journal Postup (Lviv) (1921–4) and coedited the newspaper Nyva and the theological journal Bohosloviia. He also founded and edited Analecta Ordinis S. Basilii Magni/Zapysky ChSVV (1924–39), the theological journal of the Basilian monastic order, and contributed to Dilo, Nova zoria, Novyi chas, Khrystyians’kyi holos, Krakivs’ki visti, and other periodicals. In 1923 he cofounded the Ukrainian Theological Scholarly Society, and in 1929 he became a professor of philosophy at the Greek Catholic Theological Academy in Lviv. He emigrated to Bavaria in 1939 and then to Rome in 1949, where he was chaplain of Saint Josaphat's Ukrainian Pontifical College. Skruten published several articles and reviews on the history of the Basilian monastic order, on Yosafat Kuntsevych, and on other subjects in the history of the Ukrainian church, mostly in the Analecta.

List of related links from Encyclopedia of Ukraine pointing to Skruten, Yosafat entry: