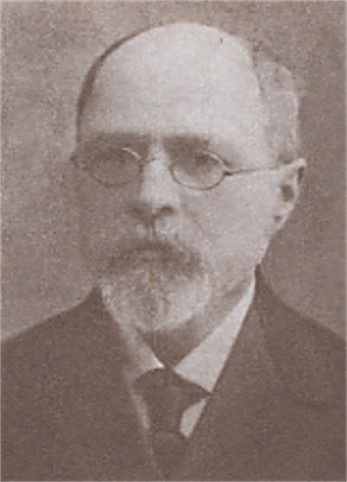 Stebnytsky, Petro [Стебницький Петро; Stebnyc’kyj] (pseuds: P. Smutok, A. Irpensky, Malorossiianin, Maloross, P. Khmara, P.S., S-ii), b 25 November 1862 in Horenychi, Kyiv county, Kyiv gubernia, d 14 March 1923 in Kyiv. Community and political activist, writer, journalist, editor, and publicist. He graduated with a degree in mathematics and physics from Kyiv University in 1886 and then moved to Saint Petersburg to work in various government positions, mainly with the finance ministry (1889–1904) and the Trade and Telegraph Agency (1904–17). He also wrote articles on economics for Vestnik finansov, Torgovo-promyshlennaia gazeta, and Russkoe ekonomicheskoe obozrenie. Even though he had previously been largely indifferent to Ukrainian affairs, Stebnytsky emerged as one of the leading figures of the Ukrainian community in Saint Petersburg. He helped organize the Society of Ukrainian Progressives and served as secretary and head of the Philanthropic Society for Publishing Generally Useful and Inexpensive Books. He assisted with the publication of the periodicals Ukrainskii vestnik (Saint Petersburg) (1907) and Ridna sprava – Dums’ki visti, the first full Kobzar (1907), the Ukrainian encyclopedia Ukrainskii narod v ego proshlom i nastoiashchem (The Ukrainian People: Its Past and Present, 2 vols, 1914, 1916), the monographs Ukrainskii vopros (The Ukrainian Question, 1914) and Galichina, Bukovina i Ugorskaia Rus’ (Galicia, Bukovyna, and Hungarian Rus’, 1915), and (at his own expense) two volumes of Oleksander Oles's poetry. In 1906 he began contributing to Kievskaia starina, Hromads’ka dumka, Rada (Kyiv), Literaturno-naukovyi vistnyk, Ukrainskaia zhizn’, and other periodicals.

After the February Revolution of 1917 he became head of the Ukrainian National Council in Petrograd, a member of the Central Committee of the Ukrainian Party of Socialists-Federalists, and state secretary for Ukrainian affairs in the Russian Provisional Government from July to November 1917. In the spring of 1918 he moved to Kyiv, where he joined a political commission in the Hetman government and later served as deputy leader of the Ukrainian delegation during negotiations with Soviet Russia (August 1918), senator in the administrative division of the State Senate, and minister of education in the cabinet of Fedir Lyzohub (19 October to 14 November 1918) as a representative of the Ukrainian National Union. While in Kyiv in 1918–20, he contributed to Nova rada (Kyiv), Literaturno-naukovyi vistnyk, Knyhar, and Nashe mynule. He also headed the revived Kyiv Prosvita society, served as the chief editor of the Chas publishing house, and sat on the Committee of the National Library of Ukraine (whose Ucrainica section he headed). In 1919 he became director of a commission for the compilation of a biographical dictionary of prominent figures in Ukraine and a member of a commission for preparing a Ukrainian encyclopedic dictionary at the All-Ukrainian Academy of Sciences.

In addition to his articles on culture and politics, Stebnytsky published Pid steliamy Dumy (Under the Ceilings of the Duma, 1907), Ukraina i ukraintsy (Ukraine and Ukrainians, 1917), Ukraïns’ka sprava (The Ukrainian Question, 1917), Pomizh dvokh revoliutsii (Between the Two Revolutions, 1918), and Borys Hrinchenko (1920). A commemorative volume about him was published in Kyiv in 1926.

List of related links from Encyclopedia of Ukraine pointing to Stebnytsky, Petro entry: