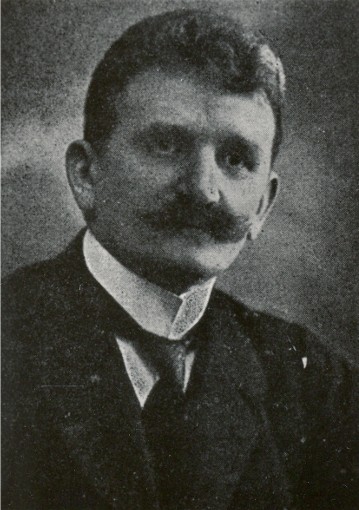 Petrushevych, Yevhen [Петрушевич, Євген; Petruševyč, Jevhen], b 3 June 1863 in Busk, Kaminka-Strumylova county, Galicia, d 29 August 1940 in Berlin. Lawyer, political leader, and president of the Western Ukrainian National Republic. As a law student at Lviv University he was president of the Academic Brotherhood. While practicing law in Sokal (1896–1910) and then in Skole, he organized and led various local societies. An executive member of the National Democratic party, he was elected to the Austrian parliament (1907, 1911) and to the Galician Diet (1910, 1913) and served as vice-chairman of the Ukrainian Parliamentary Representation in Vienna (1910–16) and the Ukrainian caucus in the Diet (1910–14). He rejected political compromises with the Austrian government and led a determined struggle in both assemblies for the rights of the Ukrainian people; in particular he played a key role in the Galician Diet's electoral reforms of 1913, which gave Ukrainians a greater voice in the Diet. After becoming vice-president of the General Ukrainian Council (1915) Petrushevych resigned from that body because of what he regarded as its naive trust in the Austrian government. In September 1917 he was elected chairman of the Ukrainian Parliamentary Representation in the Austrian parliament and was recognized as the leading Ukrainian politician of his day. With a number of other Slavic leaders he proposed to transform Austria-Hungary into a federation of national states, including a Ukrainian one composed of eastern Galicia, northern Bukovyna, and Transcarpathia.

On 25 July 1920 Petrushevych formed a government-in-exile in Vienna and lobbied for international recognition of Western Ukrainian statehood. Having gained a certain measure of support for his quest, he rejected Polish overtures for a degree of Ukrainian autonomy in exchange for recognition of their control over Galicia. His campaign collapsed after March 1923, however, when the Conference of Ambassadors recognized Galicia as part of the new Polish state. Petrushevych, then in Berlin, began to look for Soviet assistance in his aspirations. This tack also proved unfruitful, and support for him soon withered away.

List of related links from Encyclopedia of Ukraine pointing to Petrushevych, Yevhen entry: