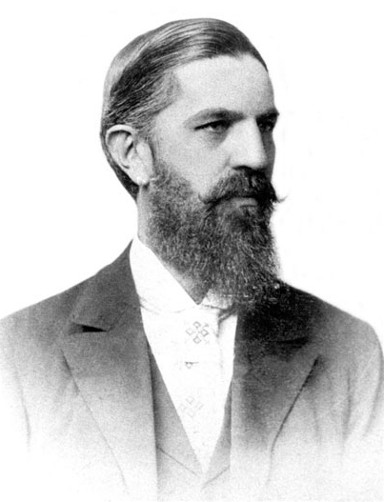 Barvinsky, Oleksander [Барвінський, Олександер; Barvins'kyj], b 8 June 1847 in Shliakhtyntsi, Ternopil county, Galicia, d 25 December 1926 in Lviv. Noted pedagogue, historian, and civic and political leader. He began to work in civic organizations, especially in the Academic Hromada (Lviv), as a young man. He became a secondary school teacher at the gymnasium in Berezhany in 1868 and later in Ternopil. From 1888 he taught at the Lviv teachers' seminary. From 1891 to 1907 he served as a deputy to the parliament in Vienna and to the Galician Diet (1894–1904). From 1893 to 1918 he was a member of the Galician School Council. In 1917 he became a member of the Austrian upper chamber. From 1867 he was a contributor to thejournal Pravda. Under the influence of Panteleimon Kulish, Barvinsky prepared a series of textbooks for Ukrainian schools, including Vyïmky z ukraïns’ko-Rus’koï literatury (Excerpts from Ukrainian-Ruthenian Literature) and Istoriia ukraïns’koï literatury (A History of Ukrainian Literature, I–II, 1920–1). He wrote numerous articles on pedagogy, which were published in Dilo, Shkol’na chasopys’, and Hazeta shkol’na. As a member of the Provincial School Council he defended Ukrainian interests in the school system. The introduction of phonetic orthography in the schools and the use of the term Ukrainian-Ruthenian in textbooks were largely the result of his effort. Barvinsky began to publish the series Rus’ka istorychna biblioteka (The Ruthenian Historical Library) in 1886.

Barvinsky was an active member of several organizations: Ruska Besida in Galicia, Prosvita society (vice-president, 1889–95), the Ukrainian Pedagogical Society (president, 1891–6). With his participation the Shevchenko Society was reorganized as the Shevchenko Scientific Society, of which he was a full member from 1899. Although strongly opposed to Russophilism, Barvinsky maintained close ties with Dnieper Ukraine (through trips to Kyiv) and Bukovyna. He informed foreigners (Czechs, Serbs, Germans in Austria) about the Ukrainian movement. As a political leader he supported the so-called New Era policy in 1890, which was intended to bring about an understanding between the Poles and Ukrainians in Galicia and to create the conditions for their political-social and cultural-economic development. The policy was unsuccessful, however. Barvinsky stood firmly by his position. He founded the Christian Social party (see Christian Social Movement), which he led and whose daily Ruslan he edited (1897–1914). In 1918 Barvinsky was secretary of education and religious affairs in the First State Secretariat of the Western Ukrainian National Republic. After the Poles captured Lviv, Barvinsky retired from political life. His memoirs were published in two volumes in 1912–13.


List of related links from Encyclopedia of Ukraine pointing to Barvinsky, Oleksander entry: