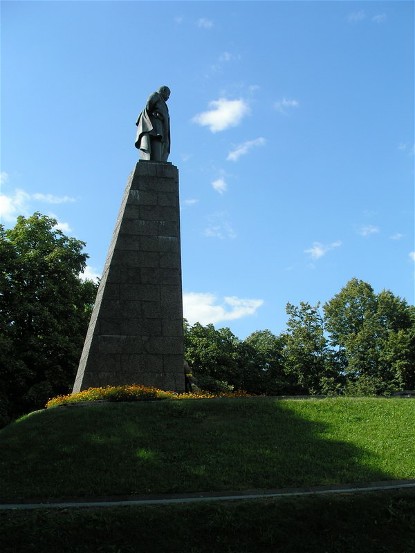 Tourism. The main attractions of Cherkasy oblast include natural landscapes and historic sites. On the picturesque right bank of the Dnipro River at Kaniv there is the gravesite and monument to Taras Shevchenko, the Bard of Ukraine, and the Shevchenko National Preserve. This national memorial attracts many day tours from Kyiv via bus or hydrofoil. The birth places of Taras Shevchenko and other prominent Ukrainian personalities are points of interest. The city of Cherkasy has two museums, two theaters, a symphony orchestra and the Kremenchuk Reservoir for water-based recreation. Other historic sites include Chyhyryn and the nearby Subotiv with their museums, and Uman with its three museums and the grave of Rebbe Nakhman of Bratslav, the focus of pilgrimages for Hasidic Jews. Natural attractions include the Kaniv Nature Reserve (est 1923, 2,027 ha) and 42 other small nature preserves of various sizes, the Sofiivka Park in Uman (est. 1983, 152 ha), the zoological park in Cherkasy (est. 1983, 8 ha), and many other small botanical gardens and hydrological and geological nature preserves. In 2008 the oblast accommodated 43,049 tourists (of whom 953 were foreign guests). There were 55 hotels and resorts (notably near Kaniv and Cherkasy) to house the visitors.